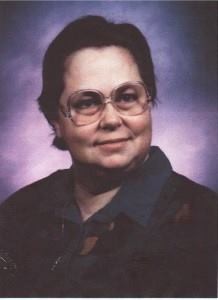 I am a native of Portsmouth, Virginia, but have lived in Lexington, Kentucky since 1974.  My ability to write poetry was my gift from God.  The poems that I write are my ministry and my gift back to God. As Edgar Allan Poe was a distant cousin, maybe heredity had something to do with my actually choosing to write poetry.  Currently, I have two books of poetry that have been copyrighted but as yet not published.  Several individual poems have been published and have won awards.  Some of my awards include “Who’s Who in Poetry 1992”,  “Golden Poet Trophy Award”,  “Outstanding Poet (both in 1994 and 1998),  “Editor’s Choice Award”, and many “Honorable Mention” awards.  There was one “Editor’s Choice Award” where the poem actually was printed on the first page of the poetry anthology. There have been instances where I was asked to write poems about different things or times also.  For example I was asked to write a poem for a Prayer Breakfast, and I have been asked to write about holidays as well as seasons.

I am what you would call a people poem poet, and after you read my poems, I’m sure you’ll know what I mean.   Most of my poems are written to – for – in memory of – and/or about people. With the gift that God has given me, I am able to write a poem when someone needs a lift. It seems when a person is down and out, it works wonders to know you’re being thought about in such a special way as to receive a personal poem to brighten your day. And then it’s there, from that day on, to read many times over to help you along.

There’s something else you’ll probably see, writing the poems not only helped the other people, it also helped me. For sometimes when I’ve been down and out, that’s when I’d remember different ones who helped me out, and then they were the ones I’d write to and about.

So love is really how I’ve heard it said, “Love wasn’t put in your heart to stay. Love isn’t love until it’s given away.” I feel I’ve given love to others, and now as you read these poems, I  pray they will give some to you.  In the poems that follow, you will have a chance to read some examples of my work and leave comments if you would like, or e-mail me at bonnie@bjpoems.com.